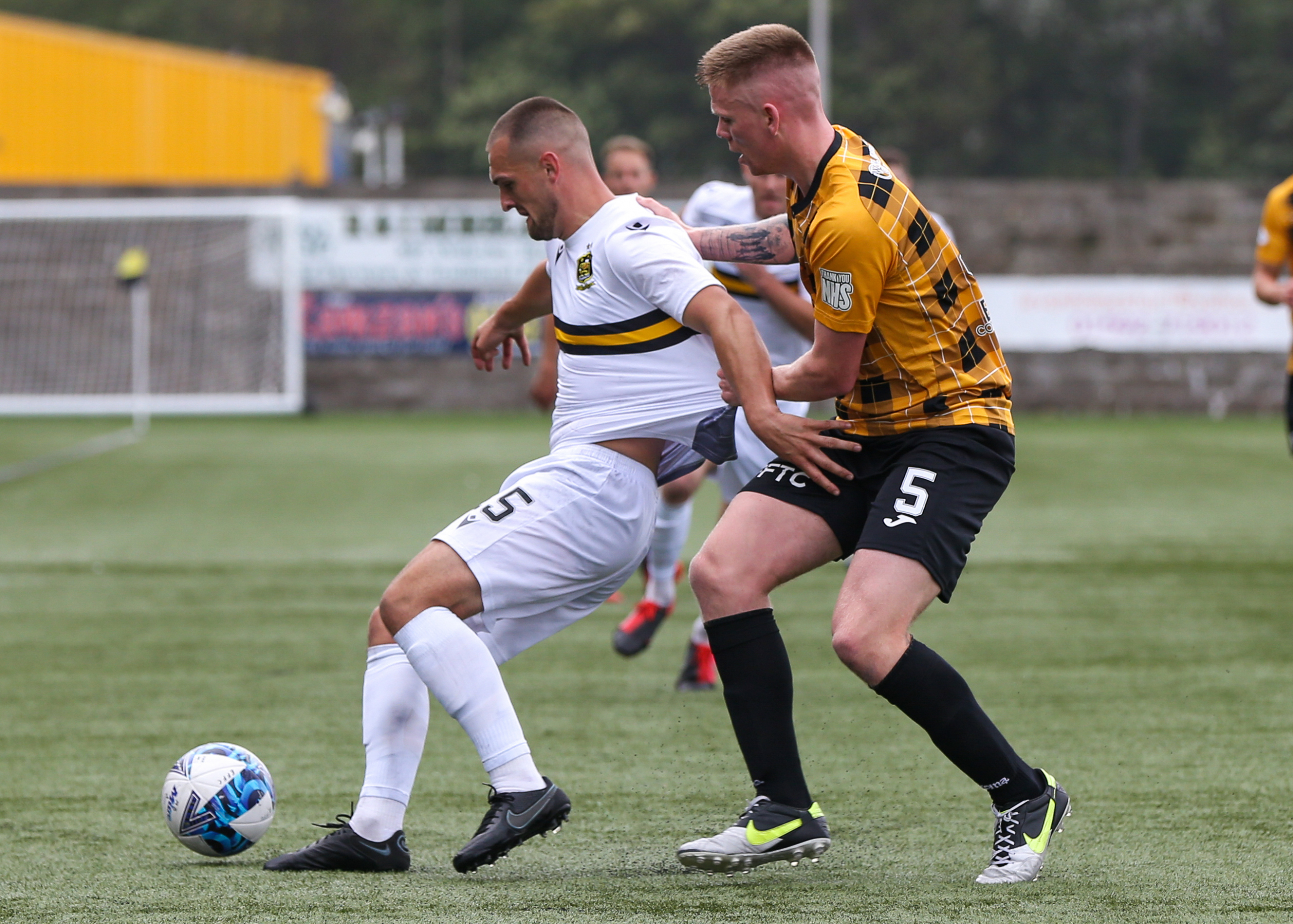 ALL OUT FOR WIN ON DFC’S BIG DAY

DUMBARTON play East Fife tomorrow in the match which will see us celebrate our 150th anniversary.

It will be a special day for all at DFC, but manager Stevie Farrell and his players hope that won’t be all there is to celebrate.

A victory tomorrow will guarantee that Sons will finish 2022 at the top of cinch League Two, whatever happens in next week’s game away to Albion Rovers.

It is also another step on the road to what will hopefully be a successful ending to the season, and Stevie is targeting that step.

He said: “Obviously the standout fact about tomorrow’s game is that it marks our 150th anniversary. It is an honour for me, my staff and all our players to be part of the setup that reaches that milestone.

“But we must not lose sight of the fact that it is an important 90 minutes. We must look to mark 150 years with a victory.

“It is also important that we do so to keep our cushion at the top of the table. We will wait and see how big a cushion that can be if we win, as Stirling Albion play Elgin City tonight.

“However, that result is inconsequential to what we are looking to do against East Fife tomorrow. We can only take care of our own results and performances and we must make tomorrow a good one.”

Tomorrow is Sons’ first game for three weeks, and it has given players suffering injuries, illnesses and knocks a chance to recover.

Declan Byrne and John Gemmell are the only two players missing tomorrow, meaning that the likes of Gregor Buchanan and Ryan McGeever could figure in the squad again, having missed the last outing at Bonnyrigg.

As we have previously reported, a range of festivities are planned to mark the big anniversary tomorrow.

The price for adult admission when paying on the day is £15. Concession admission will be £10, and under-16s are admitted for £5. You can purchase a ticket in advance of your visit and we will post details in due course.

Season ticket holders and Young Sons members of course only need to produce their ticket at the turnstile to gain entry.

Our half time draw can also be entered electronically if you are unable to attend the game. To do this, click the ‘Tickets’ link in the menu at the top of your page.

Away supporters will be situated in their usual area of the west side of the stand – the one furthest away from Castle Road.

However, they will be able to enter through the east turnstiles and gain access to Bar 72 for a pre-match drink, along with Sons supporters.

Graham Beaton will referee tomorrow’s game, and will be assisted by Brian Christie and Jamie Andrews.

ALL STOCK MUST GO!!

Tuesday 1st May 2012 REMAINING stock of…