OUR SPECIAL DAY IS NEARLY HERE

WE will celebrate 150 years of DFC at Saturday’s game against East Fife – will you be there to join us?

After extensive planning by the club and our 150th anniversary committee, we have confirmed details of plans to celebrate the milestone at the Christmas Eve fixture.

Dumbarton FC will officially reach a century and a half the previous day. It is an anniversary we have already recognised in several ways and will continue to do so over the rest of the season.

With the East Fife fixture being played the day after the anniversary, it is intended for this to be a day of celebration – not just of impending Christmas, but of 150 years of DFC.

As well as the match – which, don’t forget, is a 1pm kick-off – the following are all planned to take place:

– The turnstiles, kiosks and Bar 72 will be open, to home and away supporters, from 11am.

– The matchday programme will be sold for a one-off price of £1.50.

– The teams will be piped out for the game in recognition of its historical significance.

– Dumbarton will play the match in their navy blue away kit. As well as recognising our 150 years of history, this also ties in with a campaign the SPFL Trust are carrying out in association with Shelter.

– After the match, Bar 72 will remain open until 6pm. Our associate director and head of entertainment Jim Smart will perform as Freddie Mercury during this time.

– On the tables in Bar 72 will be mince pies, cupcakes and empire biscuits supplied by You’ll Love Our Home Bakes.

– Christmas raffle draw – join the players and manager for the draw.

– The club shop will be open, and with the players visiting Bar 72 after the game, you have the opportunity to get a photo or have merchandise signed.

And of course, we hope the best part will be a victory in this special game for the club.

Don’t forget that we also have a special offer on hospitality if you want to enjoy a special breakfast buffet before the match. For details contact Stephanie Park at hospitality@dumbartonfc.co.uk

Jim, who is leading the 150th anniversary celebrations, said: “We are delighted to agree all of these special elements to the day with DFC and it should be a great day, hopefully with a result to match.

“Our supporters, through all generations, have been a big part of our first 150 years, and we want as many of them as possible to be part of the day.

“But this is not the end of our celebrations of a century and a half. There are more parts of our anniversary calendar to come, and more details will be released when confirmed.” 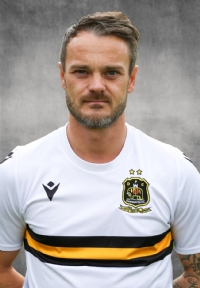 TEST FOR DUMBARTON ON RETURN HOME 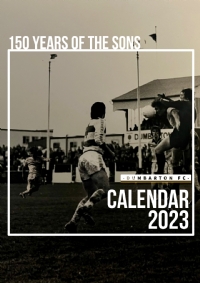