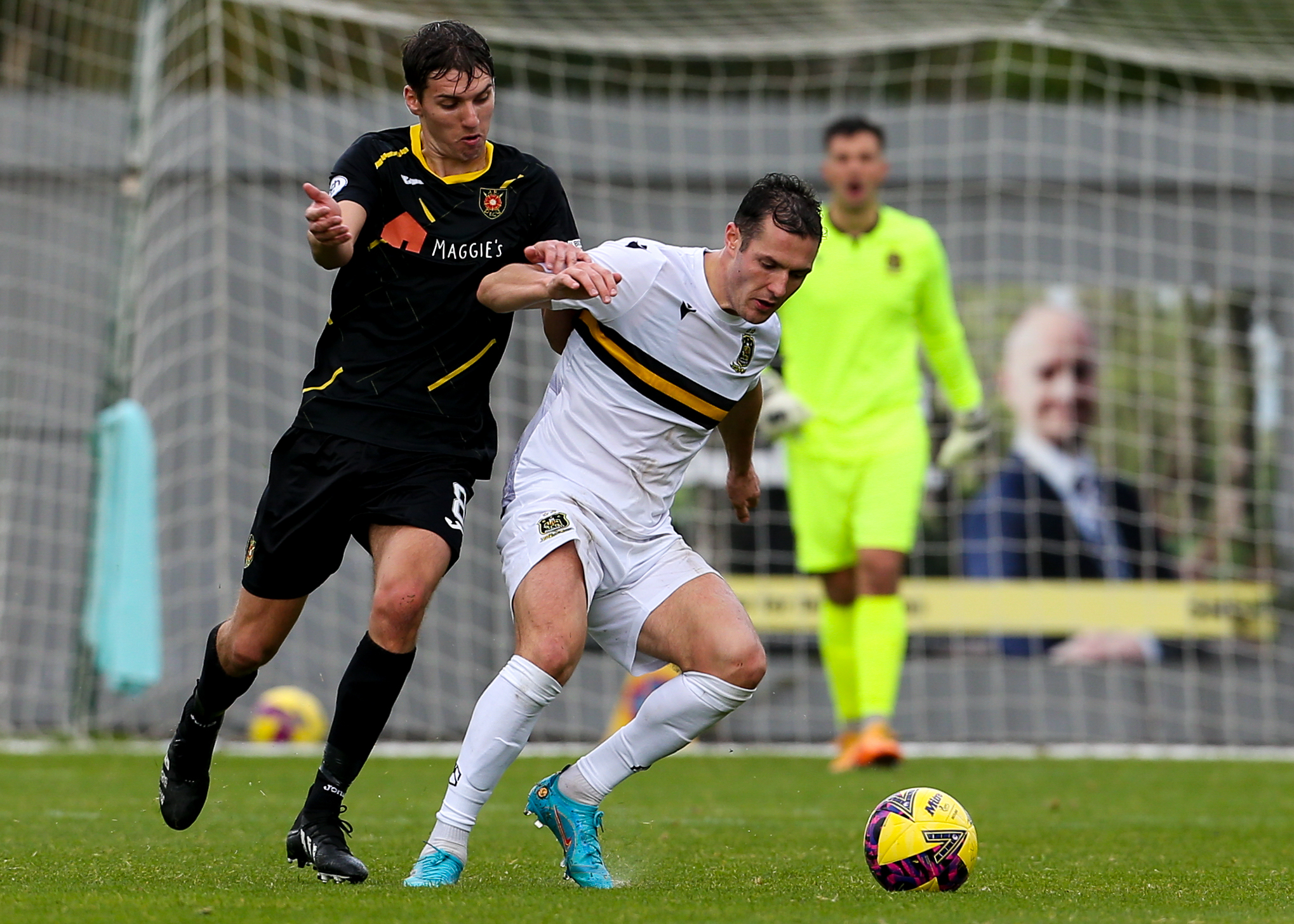 DUMBARTON return to Cliftonhill Stadium tomorrow to play Albion Rovers in their final fixture of the calendar year.

The game, which kicks off at 1pm, is a meeting of the top and bottom teams in the division, but Sons are all too aware of the challenge they face at Coatbridge.

It took a late winner to claim all three points on our first visit to North Lanarkshire in August, while Rovers held Dumbarton to a 1-1 draw at home in October.

However, manager Stevie Farrell is optimistic that if the game is approached in the right way, the unbeaten run can continue.

The manager said: “We may well be looked upon as favourites tomorrow, but we know we face a challenge and nobody will be taking anything for granted.

“Albion Rovers are unbeaten at home in the league since September and will want to end the year with that record intact. We must be wary and ready.

“However, if we play as we know we can, there is no reason why our own unbeaten record cannot continue and our cushion at the top maintained.

“Every player is desperate to be involved and for every matchday to come around. The keenness and work ethic in the squad is excellent and hopefully we can get another result that reflects that.”

Stevie added: “As it is our last game of 2022 tomorrow, we would like to thank all of our supporters for their backing, at home and away, during the year.

“This season especially has involved a great deal of mileage to follow their team and we very much appreciate the effort they make. Hopefully we will see them in great numbers at Cliftonhill tomorrow.”

Aron Lynas has a hamstring injury and will not feature in the squad tomorrow, while Declan Byrne and John Gemmell are again ruled out.

However, Ryan Blair, who was a late call-off last week, has trained this week and could return.

Admission to Cliftonhill is by payment at the gate, by cash or card, and costs £14 for adults and £10 for concessions. Under-14s get in for £3 and carers can gain admission free of charge.

There is no supporters’ bus to Coatbridge tomorrow, but the stadium is easily accessible by public transport. The nearest station is Coatdyke, which is a short walk uphill from the ground.

Charlie Reilly, who scored Rovers’ goal in the 1-1 draw at Dumbarton in October, is their top scorer this season with nine in the league and eleven in all competitions.

They go into tomorrow’s game at the foot of cinch League Two, but alongside their strong home form, have registered victories over East Fife and Stranraer in recent weeks.

Barry Cook will referee tomorrow’s game, and will have assistance from Stuart Stevenson and Brian Christie.

GARRY IS FIRST MOM OF THE SEASON!

WE ARE ALL PAT WALKER!