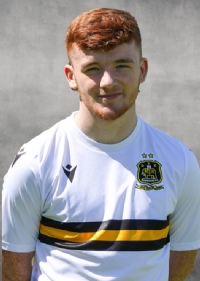 LEAGUE action takes a back seat for Dumbarton tomorrow evening, with a visit to New Douglas Park in Hamilton to face Clyde in the Scottish Cup third round.

The match is a 7.45pm kick-off due to other fixtures taking place at the stadium this weekend, including Hamilton’s cup tie with East Kilbride tomorrow afternoon.

So it is an evening shift for Stevie Farrell’s squad, against the side now managed by his predecessor in the Sons dugout.

Jim Duffy became Clyde manager for the second time recently, and Stevie is looking forward to the two sides facing off.

Stevie said: “We have already won a cup tie away to cinch League One opposition tomorrow, at Peterhead, but tomorrow will be a different game.

“As the team in a superior division, people will expect Clyde to beat us, so we must be ready for a battle.

“But if we play to our potential and compete as we will have to, then there is no reason not to aim to be going through to the next round.

“We have returned to the habit of getting results recently and know what is at stake for us if we continue to do that.”

Finlay Gray (pictured) could return to the squad tomorrow having missed the last two games with a niggling injury.

However, Michael Garrity cannot play under the terms of his loan from Morton, and Declan Byrne and John Gemmell remain out.

Tomorrow’s game will be played to a finish, as there are no replays in this season’s Scottish Cup.

Admission is by advance ticket, which is available to purchase as per our previous story.

As the match is being played outwith the banned hours, it is available for live streaming by Clyde, which is also available via the link above.

The supporters’ bus will leave Church Street in Dumbarton at 5.15pm, with seats costing £10 for Sonstrust members and under-16s, and £13 for non-members.

You can also find information on the Sons Supporters Trust Travel Section page on Facebook.

If you are travelling by public transport, Hamilton West is the closest station to the ground.

Clyde have played under Duffy twice since his return and have drawn those games 2-2, firstly away to Dunfermline Athletic and then at home to Falkirk last week.

They were knocked out of last season’s Scottish Cup in the third round by opposition from West Dunbartonshire, losing 2-0 at Clydebank. However, they reached the last 16 in the season before, beating Keith and Ayr United and then losing 2-0 at St Johnstone.

Stewart Luke is the referee for tomorrow night’s game, and will have assistance from Andrew McWilliam and Jamie Andrews.

A POSTCARD FROM TURKEY

Monday 21st November 2022 THE flag is being flown for Dumbarton FC in Turkey, courtesy of a supporter who… 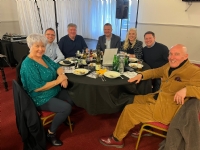 ANOTHER GREAT DAY IN HOSPITALITY