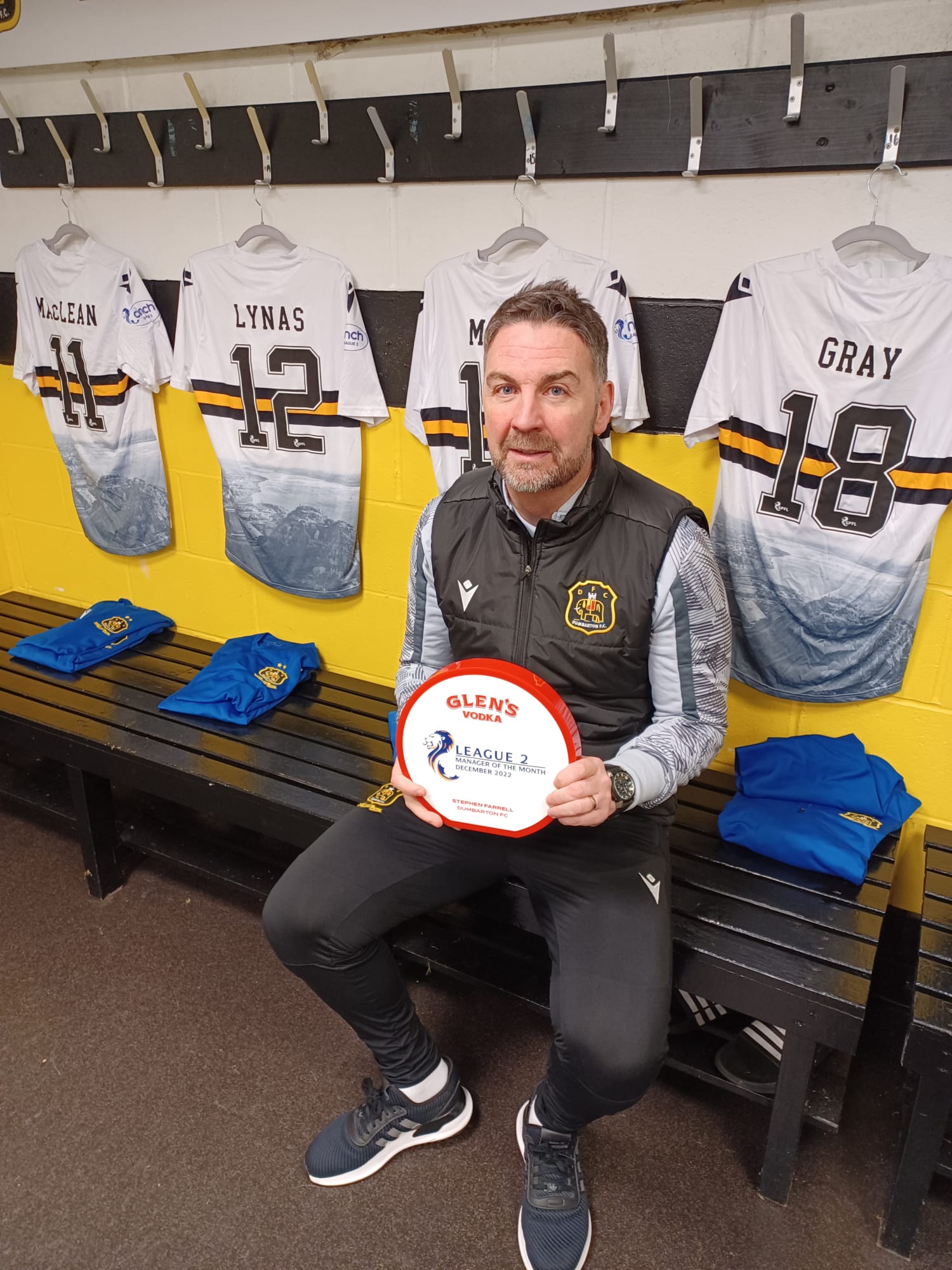 STEVIE FARRELL IS MANAGER OF THE MONTH AGAIN!

STEVIE FARRELL has won the Glens Vodka manager of the month award for League Two for the third time this season, winning the prize for December.

Dumbarton won games against East Fife and Albion Rovers during the last month of 2022, as well as drawing 1-1 away to Bonnyrigg Rose.

The draw at New Dundas Park extended our lead at the top of the league to four points, and it has been maintained at that gap since.

Stevie had previously won the award for August, and again for November.

He said: “This award is once again very gratefully received, but it is no different to previous ones – it has been a team effort to get where we are and stay there.

“The players are the ones scoring goals at one end and keeping them out at the other, and getting the results that have kept us at the top of the league.

“We will have a busy end to the season and maintaining momentum will be key. I am pleased with this recognition once again, but we must continue the good work.”

DFC chairman Neil Mackay added: “It takes a very good manager to win three of the first four monthly awards in one season, and we are delighted that Stevie has won the prize again.

“He will tell you it is a team effort, and that is certainly correct, but he is in charge of the operation and deserves the award after another month of good results and retaining our league position.

“January will of course be a key month in terms of preparing the squad for the final push, and as always, the transfer window provides a chance to explore whether there are any opportunities to strengthen our squad.” 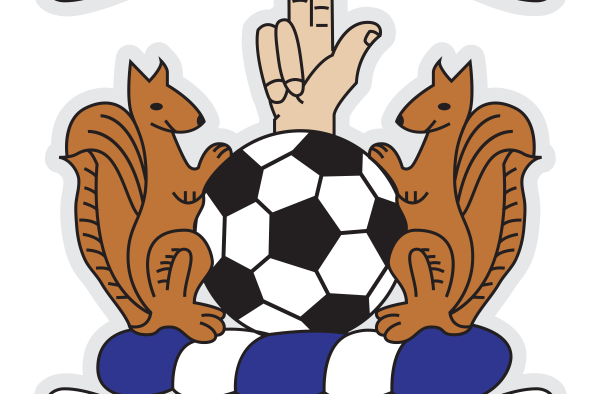 OUR Scottish Cup fourth round tie away to Kilmarnock will take place on Saturday, January 21 with a 3pm…
Archived News cinch League 2 November 2, 2022

WIN AN iPAD FROM RAMSDENS